Lots has been going on here in the last few months. 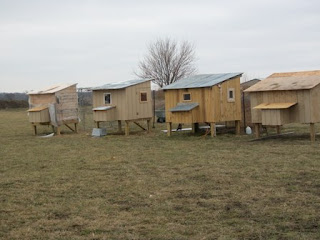 We've had fun over the winter building chicken incubators and hatching our own chics also! 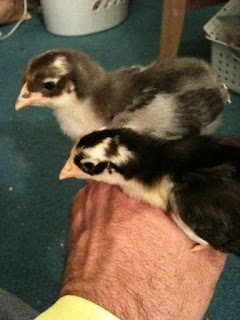 It's time to start planting in the garden and I don't have it all prepared! That's on the to do list this weekend. Hope it's not raining all weekend.

I decided I missed having chickens too much ever since the buff orpington hen showed up on our property a few weeks ago. I didnt see her for weeks and then she showed up on the south end of our place three weeks ago, roosting in a tree. Amazed that the hen was still alive with noone helping take care of her I went to catch her that night but could not find her again. The next night I looked for her with no luck. The third evening while I was out in the garden my neighbor's son showed up at their home. A few minutes later I heard the hen, he had caught her in a net and loaded her into his truck and left. I'm not sure what he did with her, but apparently she had been roosting under her deck uninvited and not welcome. My neighbor doesn't like any type of animals.

I knew if I decided to get chickens again I wanted orpingtons. Out of all the types of chickens we had before they were my favorite. What I didn't realize until recently was buffs are not the only color. There is white, black, blue, chocolate, lemon, splash and lavender.

Both my chicken coops needed repairs. I learned some important lessons the years I had kept them before. And so my research began. After figuring out solutions to some problems previously, my husband agreed and the work began.

We decided to renovate the small coop. The coop that had been used as a back drop for target practice. It had been dragged all the way out to the back edge of our property and needed to be brought up to our shop where the tools were accessible. Our trailer has an axle problem and cannot be used. So we leaned the coop over onto the pickup and my husband and son walked holding the other end while I drove to the shop. Yeah, it was a regular redneck moment here at 5 Moore Acres. 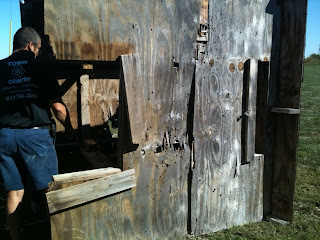 Here the coop is laying on it's side. This is the front.  The coop had a dirt floor. The opening where my husband is, was the pop door. 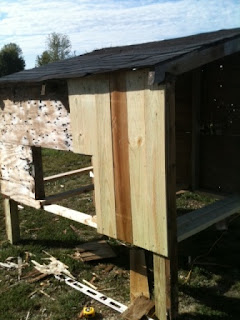 We put new 4x4 posts at all four corners and cut the bottom third off, to make a raised coop.  The hole is where the external nest box will go.  Before the nest boxes were inside and took up a lot of room.

You can see where the original plywood has been riddles with bullet holes.  Most of the plywood was still in good shape and so I decided we needed to leave it on and nail siding up over it.  We did this for a couple reasons.  It will help insulate the coop as well as make it heavier and sturdier.  The new lumber will shrink bad and will leave cracks.  Some very large.  With the plywood on it will help cover up the cracks and be less drafty. 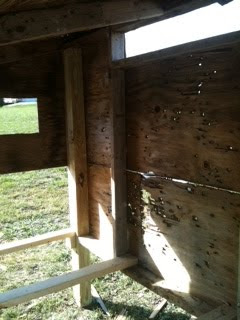 The studs for the new floor go in. 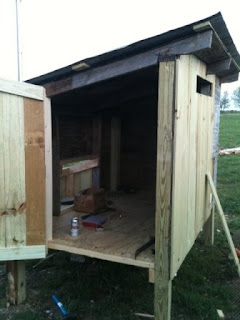 The new tin roof is on, the floor is in, the door is on and most of the front has been sided. 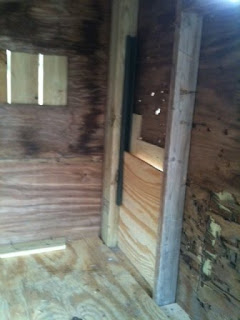 The pop door has been installed. Look at the window where the siding hasn't been cut out yet.   See how large the cracks in between the siding boards after just two days of being installed are! 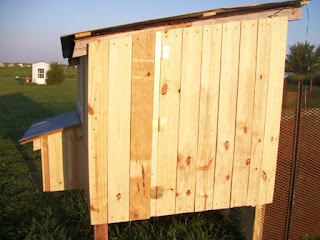 This is the end with the door closed. 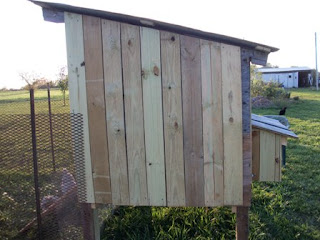 The end where the window has not been cut out yet. 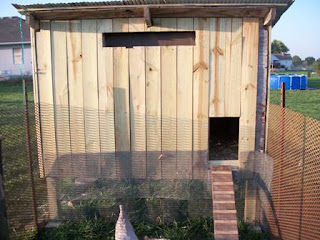 The front, with pop door open and ramp installed. 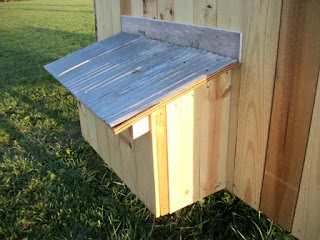 The external nest box.  The lid lifts up to collect the eggs.

We still have some trim work to do to finish the coop as well as install the windows and the coop will be done.  Then we will start building the permanent run.  Although my lavender orpingtons don't seem to mind the temporary run. 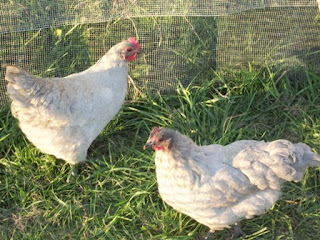 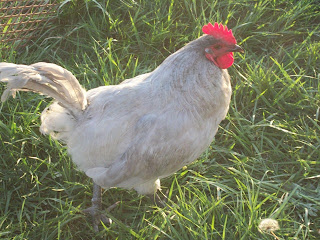 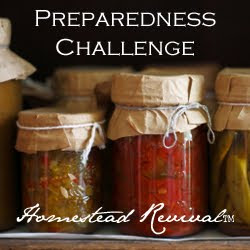 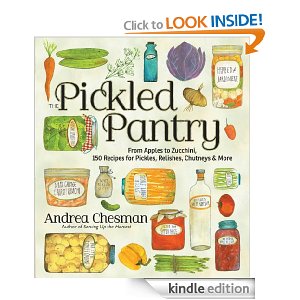 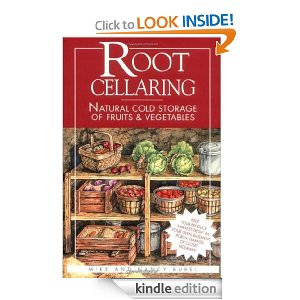 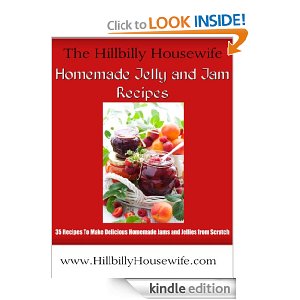 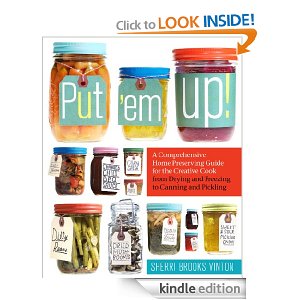 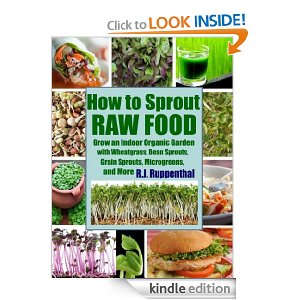 Email ThisBlogThis!Share to TwitterShare to FacebookShare to Pinterest
Labels: Kindle 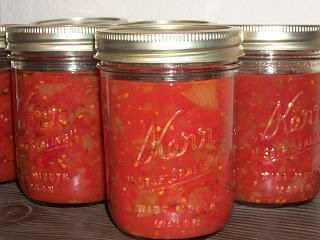 These are the best stewed tomatoes I've ever tasted. (sorry grandma)  If you don't have enough tomatoes from your garden to can, the recipe can easily be scaled down for dinner tonight!

Combine all ingredients in a large pot and cook 10 minutes. Stir to prevent sticking.

Yields approximately 7 pints/3 quarts.
The recipe with canning instructions can be found on Cooks.com.

Stewed tomatoes can be used in so many different ways, they are a great staple to have on the shelf any time of year, but will taste wonderful this winter! 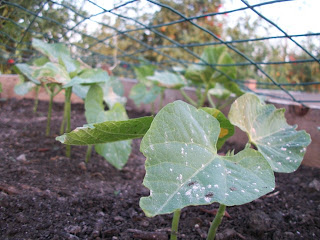 The Contender Bush Beans are up!  The Roma II's are pushing up slowly.  If I can keep the bugs from eating them up, we may have beans.  Not sure what is eating on them. 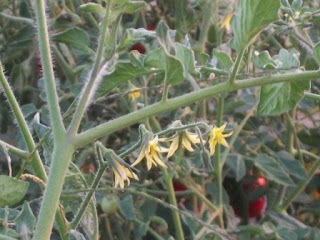 The tomatoes are still blooming and setting fruit.  I think I may have won the battle against the last rush of hornworms. 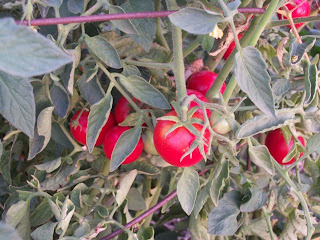 I have tomatoes ready to pick and greens ones growing nicely with the milder weather.  These tomatoes are the Fourth of July tomatoes.  They will continue to produce until the first frost.  Very  nice tomato for salads and sandwiches.  They are not large, but great taste.